Call this canine by its proper name—the American Pit Bull Terrier (APBT)—or call it the American Pit, Am-Pit, Pittie, or Pitbull. No matter what you refer to this canine as, you better believe this is a dog with a lot of heart, a lot of charisma, and a lot of strength and confidence. The American Pit has an athletic build with graceful movements, is one of the most talented climbing canines, and is known for being friendly to everyone, in spite of their unfortunately common association with dog fighting, right down to the stranger that approaches for the first time.

In the latter parts of the 19th century, cross-bred canines with Bulldog and Terrier roots began to emerge and grow in popularity in Ireland, Scottland, and England. These unique breeds had the same warrior-like strength of the Bulldogs and the desirable gentleness and agility of the Terrier. Several different pit-bull-type canines came about around this time, with the American Pit Bull Terrier being one of the more prominent. By the time the dogs traveled across seas to the United States, the breed was specifically honed to be obedient, agile, strong, and courageous with ample intelligence. The American Pit quickly gained notoriety among everyone from ranchers to hunters. Ironically, the APBT is not recognized by the AKC in the U.S. but it was listed as a recognized breed by the United Kennel Club in 1898.

A Note about the Ambiguity of the Pit Bull Name

Let's now dive into some of the 5 most common pitbull health conditions, as well as exploring 8 other potential health issues at the end of the article as well.

American Pit Bull Terriers can be more prone to skin allergies than some other breeds. Skin allergies are associated with immune-system responses that trigger certain physical symptoms, and in dogs, symptoms usually show up as skin problems. The reaction usually occurs after the dog is exposed to something in their environment, such as a grooming product, grass, or even fleas.

Even though American Pits can be prone to skin allergies, this is also a condition that can be relatively easy and affordable to treat. Your dog may be given a topical agent with an antihistamine to soothe reactions, may be prescribed oral medications, and may be recommended for allergy shots. An allergy skin test tends to be around $200, an oral medication for allergies can be as little as $10 for a 30-day prescription.

Pitties can be prone to Demodex mange, which can be either generalized or localized in nature. Generalized mange is most often caused by an immunodeficiency that is a hereditary issue, but localized mange is sometimes contracted during puppyhood. Demodex mange is a form of skin mites that can be present on canine skin, but the short coat and generally sensitive skin can lead to an overabundance of the problem.

Contrary to popular belief, Demodex mange is not necessarily a contagious problem, and it can be treated with the help of a vet. The vet will likely use ivermectin injections or oral medications, which can effectively kill the mange mites at the hair follicles. Treatment can be up to $400 for a six to eight-week treatment course.

NCL is a neurological disease that is associated with the American Pit, and it can lead to the dog having severe lameness in its hindquarters, an abnormal gait, and even blindness. The condition is genetic, so it is always recommended to work with a dog breeder who has performed the proper genetic testing to screen for NCL and other genetic conditions.

Unfortunately, there is no known treatment for NCL. Dogs should be carefully monitored for progression of the disease. Mobility aids may be necessary if the dog loses full sensations to its hind legs. Most dogs can grow accustomed to using these mobility aids.

American Pit Bull Terriers can have issues with struvite bladder stones. These stones can stem from a few different issues. however, the most common reason for stone formation is prior issues with a bladder infection. Struvite crystals can form due to the presence of more ammonia in the bladder, the enzymes released by the bacteria, and the inflammation of the bladder. Male dogs are more prone to struvite bladder dogs than female dogs.

It is important to note that if bladder stones completely obstruct the urinary tract, the condition can be fatal. Therefore, immediate vet attention at the first suspicion of bladder stones is really important. The vet may perform palpations to feel for the stones, but if they cannot be manually found, an x-ray may have to be done. Depending on the severity of the situation, the vet may recommend medications that can dissolve the stones or a special diet that can do the same. Surgery is necessary when there is a complete obstruction.

Cruciate ruptures can be common with all pit-bull type dogs because of their tendency to run as fast as possible, jump from high places, or even climb. However, these injuries can sometimes result from the general breakdown of tissue and age as well. Cruciate ruptures are torn ligaments around the knee; specifically, the CCL which is like the dog equivalent of the ACL in a human.

Torn CCLs can hear on their own when they are minimal, but early intervention is key. The ligament can fully rupture which may require surgery if the dog is not kept on a healthy diet and is allowed to continue jumping and being excessively active. One of the most common treatments is to use a knee brace to stabilize the particular ligament so it has time to heal, but healing can also be reliant on things like the dog's age and general health. The brace from Ortho Dog is $235, but prices can vary when ordered through your vet. Keep in mind that 60 percent of dogs that have a CCL problem with one knee will develop a similar problem in the other knee. 6. Hip Dysplasia - Hip dysplasia is a defect between the hind leg and hip joint, and the condition is most often hereditary. All pit-bull types should be assessed for joint weakness before breeding, but the condition can also show itself later in a dog's life. Proper weight management and good nutrition can help deter the risks of hip dysplasia, but surgery is sometimes necessary as well.

7. Heart Disease - Pit bulls are sometimes prone to aortic stenosis - which typically doesn't show any symptoms so it's something your pup should be monitored for routinely. It's a genetic disorder passed through it's parents. So if you're unsure of the pups parental health status and history, it's best to have this monitored over time.

8. Progressive Retinal Atrophy (PRA) - A hereditary condition, PRA is an unfortunate and common eye problem among APBTs. The condition does not necessarily cause discomfort, but it can cause blindness as the condition progresses and there is no known cure. All pit-bull type puppies should have eye checks by a veterinary ophthalmologist at a few weeks old and genetic tests are available for screening.

9. Thyroid Problems - The American Pit can be prone to hypothyroidism, which can cause everything from hair loss and weight gain to behavioral changes like aggression and anxiety. While diagnoses can involve blood tests, treatment with medications to stabilize thyroid hormone levels tends to be effective.

11. Kneecap Dislocation (Patellar Luxation) - The Am-Pit's kneecap can slip out of the correct position. You may notice your dog running with one leg outward to the side or skipping while running. Sometimes, mild patellar luxation does correct itself without surgery, but some dogs do require a surgical procedure to permanently affix the kneecap in place.

12. Parvovirus - Pitbull dog types can be especially prone to parvovirus, but the problem is easily counteracted by ensuring your pit puppy gets the proper vaccinations. The virus most often attacks puppies between 6 and 20 weeks of age and can be fatal if not promptly treated. Signs can include diarrhea, depression, fever, and dehydration.

13. Food Allergies - some pit bull owners may also notice their pups experience potential issues with food allergies, based on their diet and sometimes being fed table scraps, which can lead to them consuming items which inflame their skin among other issues.

American Pit Bull Terriers: An Overall Healthy Breed with a Lot to Offer

For a larger dog breed, American Pits tend to be relatively hardy by comparison to others. These dogs can have a long life span when given proper care. While the American Pit has a powerful physique and can be aggressive when improperly handled, aggressive behavior is actually considered uncharacteristic with this canine. With an Am-Pit, you get a canine companion with a stance like a great warrior (that has the occasional bout of playful goofiness). You get a dog that rarely meets a stranger, is always up for an adventure, and has generally good health as an added bonus. 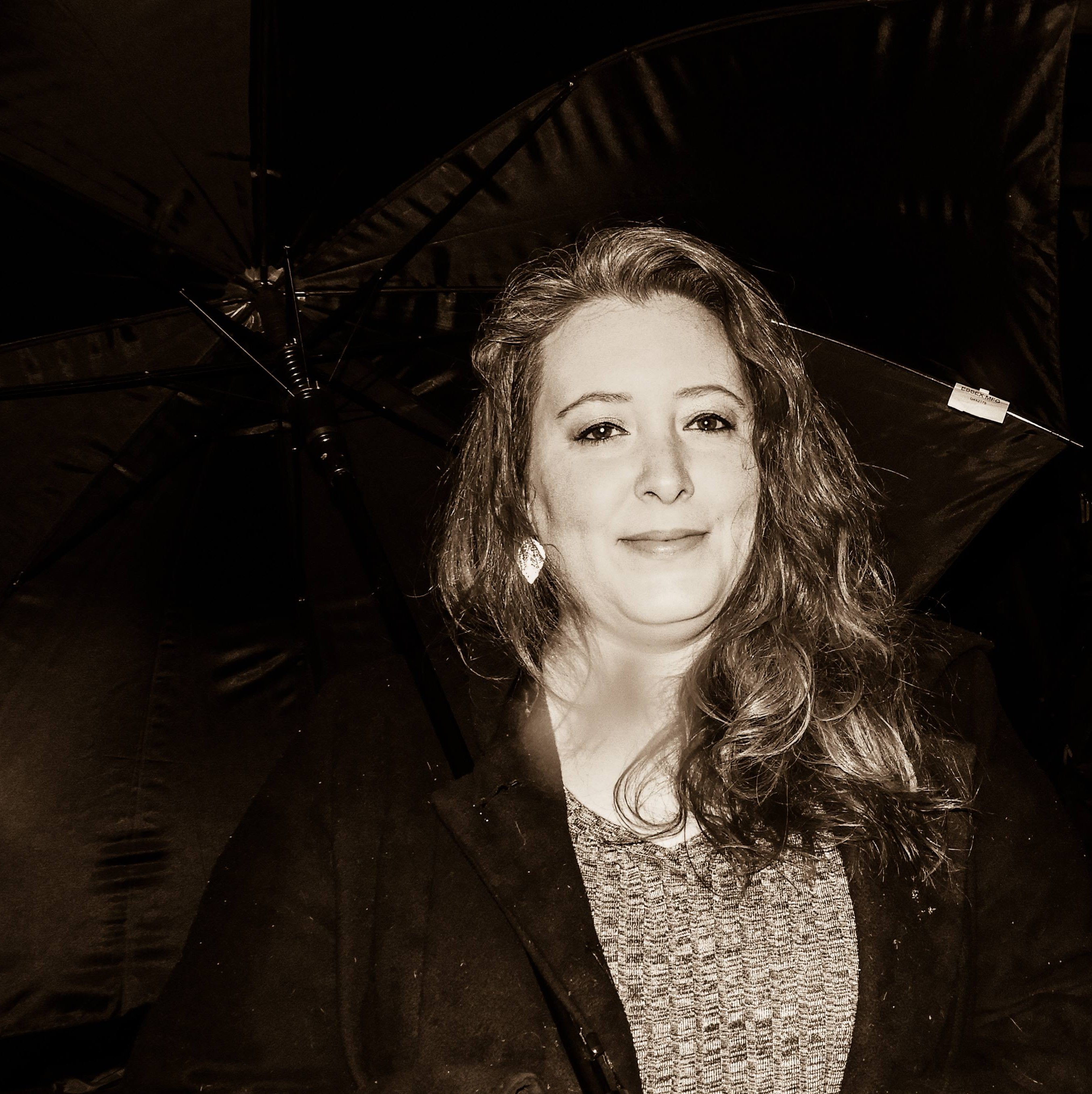